Vote for eco projects with Raben

Autumn begins with a vote... 30 September marks the start of another stage of the Eco2Way tour, which is part of the celebrations of the 90th anniversary of one of the largest logistics operators in Europe - Raben Group. For two months, it will be possible to vote for one of three eco projects: protection of bats in Germany, cleaning up the sea off the Italian coast and saving storks in Czechia. The winning project will receive a grant from Raben Group for its implementation.

On the occasion of its anniversary, Raben took Internet users on a journey through places which have suffered greatly due to human interference. This way of celebrating shows a great sense of responsibility for the fate of the planet and future generations, which is inscribed in the DNA of the company. The route led through 11 countries where Raben has its branches, and a total of 21 endangered places, which were presented by company employees and eco-enthusiasts. The crowning moment of the 5-month-long expedition is a vote for the project which is the most important, valuable and which deserves the support in the opinion of the company's customers and employees as well as Internet users. Votes can be cast until the end of November for one of the three initiatives:

1. Protection of bats in the forests of northern Baden Württemberg. The project includes the creation of 100 breeding sites, each for 100 animals, which in total is 10,000 bats! This will allow for the recovery of this rare mammal species in Germany and at the same time it will regulate the insect population in a natural way;

2. Cleaning beaches in Italy by QYSEA FIFISH V6s underwater drone. It allows for assessing the negative impact of human activities on the marine environment, e.g. amount of plastic, damage to the seabed; it can also take samples of living organisms, water or sediments, while cleaning the seabed and making observations. Raben Sittam and the Black Bag organization want to program a drone which will gradually help to clean every part of Italian coast, starting from Liguria;

3. Building an oasis for white storks in Czechia. The project will create an area with wetlands and ponds with the total area of 40,000 m2 over several years, which will help increase the population of these birds from a few dozen to several hundred per year and increase the number of nests and resting places along migration routes. Protecting the white stork entails the preservation of many other species (butterflies, insects, lizards, frogs, other birds) as well as plants (in this particular case it will be rare species of orchids) and therefore guarantees a healthy ecosystem.

“You don't have to be a genius to support the climate” - emphasises Ewald Raben, CEO Raben Group, referring to anniversary Eco2Way tour. – “The future of these places depends on us. I encourage you to vote for one of them - together we can help!” - he encourages.

Care for the natural environment is frequently no longer a fashion but it is becoming one of the everyday activities undertaken by large business players for whom the good of the planet is a great concern. For Raben Group ecology is one of the main pillars of corporate social responsibility strategy. The company is aware of the impact the TFL industry has on the natural environment. Therefore, every year Raben sets more and more ambitious goals in the reduction of CO2 emission and educates on the necessity of taking actions for a better, green tomorrow. The proof of this is undoubtedly the anniversary Eco2Way tour which will be crowned by a offering tangible support for one of the places visited by the eco-enthusiasts from Raben.

The vote takes place via the website https://www.raben90years.com/eco-voting/ which is available in 14 language versions (13 countries where Raben operates plus English). The project with the biggest number of votes will receive a grant for its implementation from Raben Group. The vote lasts from 30.09.2001 to 30.11.2021.

The CEO of the company, Ewald Raben, motivates everyone to take part in the vote: 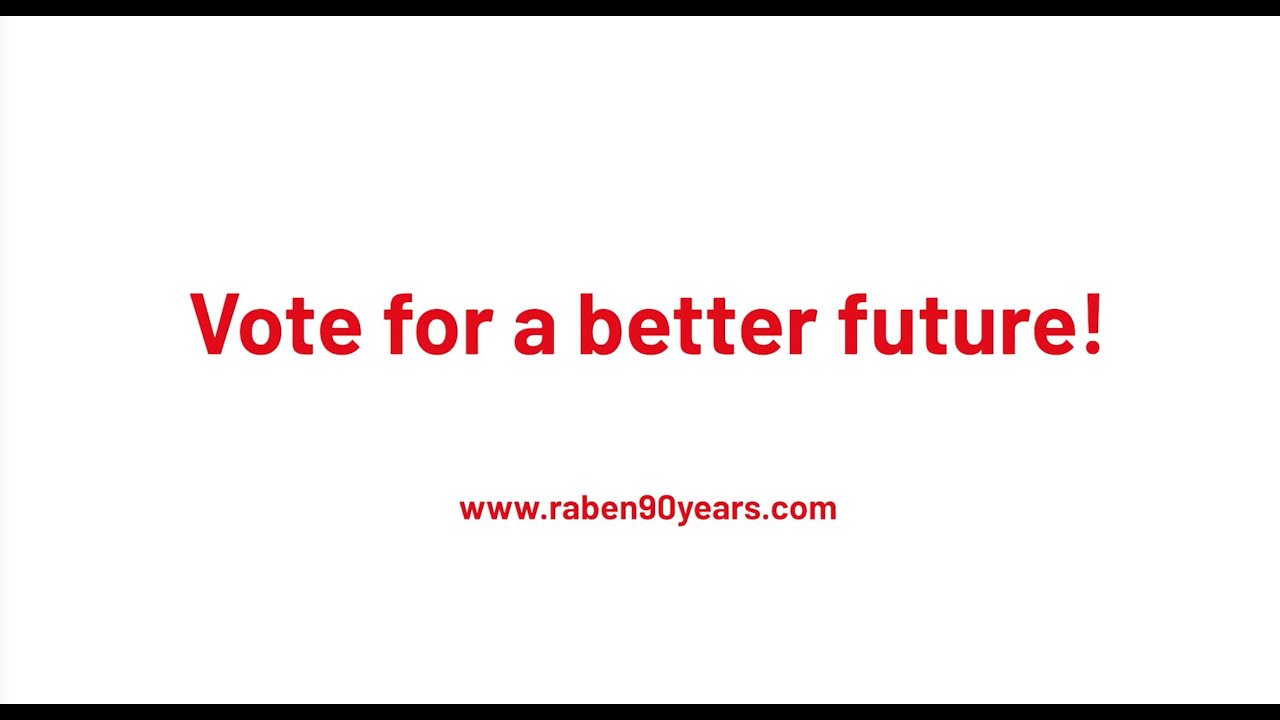 Expansion and sustainability despite the pandemic. Raben Group sums up 2021

Raben will help save storks in Czechia. Voting for eco-projects has come to an end

Raben extends its activity to the Greek market